Here is another post about the legendary Boogstar's stay here for a few days in Seoul. He will be here towards the beginning of February and is now taking appointments, but only a few more spots available. Dates have not been determined as to when Boogstar will arrive to Sunrat but is waiting on a few more appointments to schedule a plane ticket. To book your appointment with Boogstar, contact Sunrat tattoo at 02-336-5698 or send an email to Sunrattattoo@gmail.com and we will reply to you with all of the details. 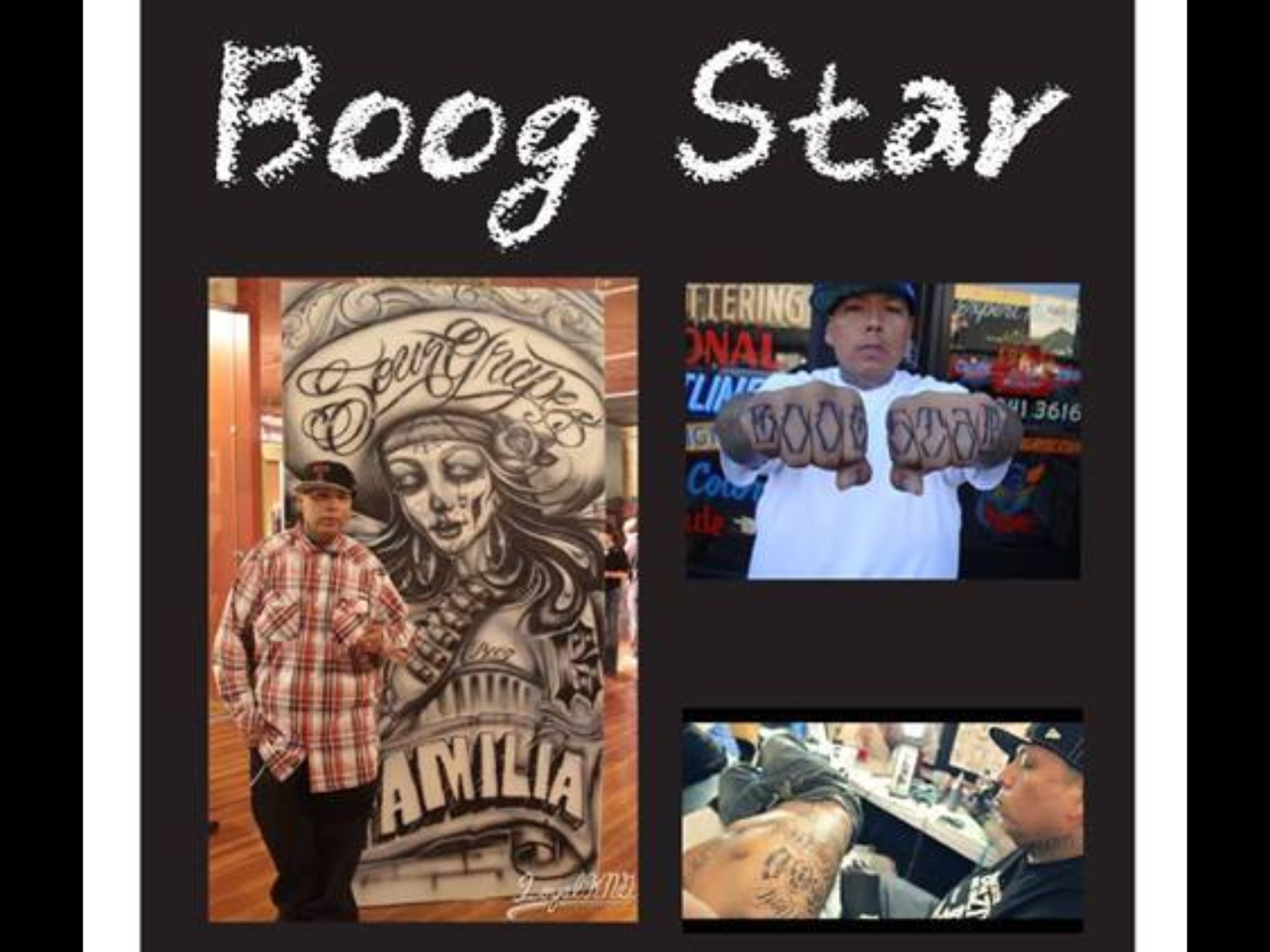 Posted by Unknown at 9:37 PM No comments:


Here are some of the highlights of this week. Sabi flew out to Fukuoka Japan for a few days, Tenam flew out to Oskaka Japan few days after he finished his tattoos for the week, and Saem and Jin were at the studio holding down the fort. Some pictures of a few of us doing some tattoos for our clients. 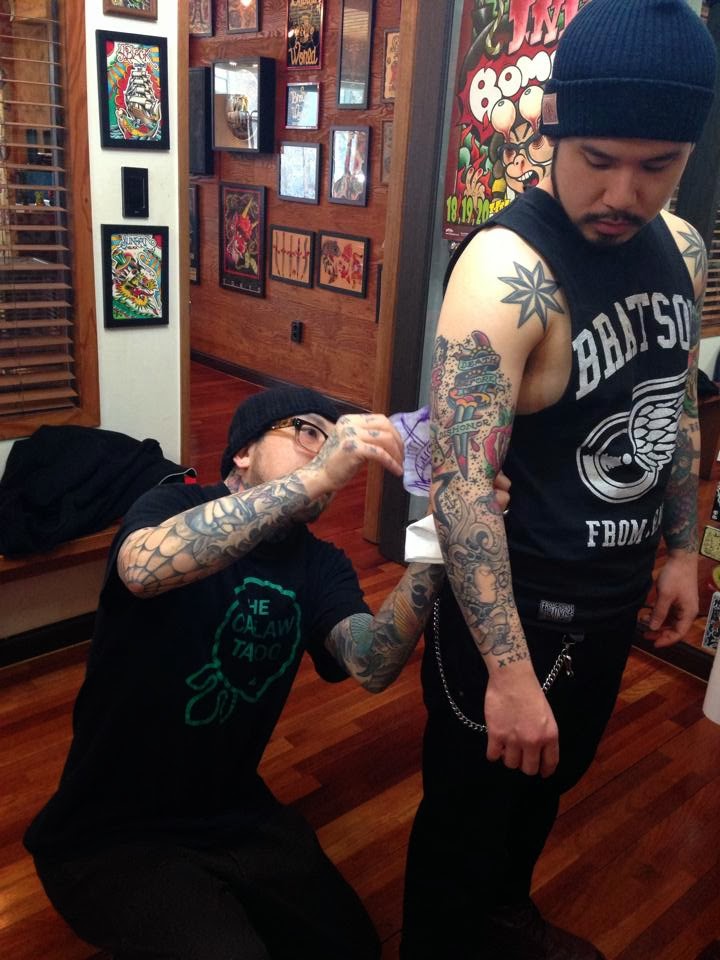 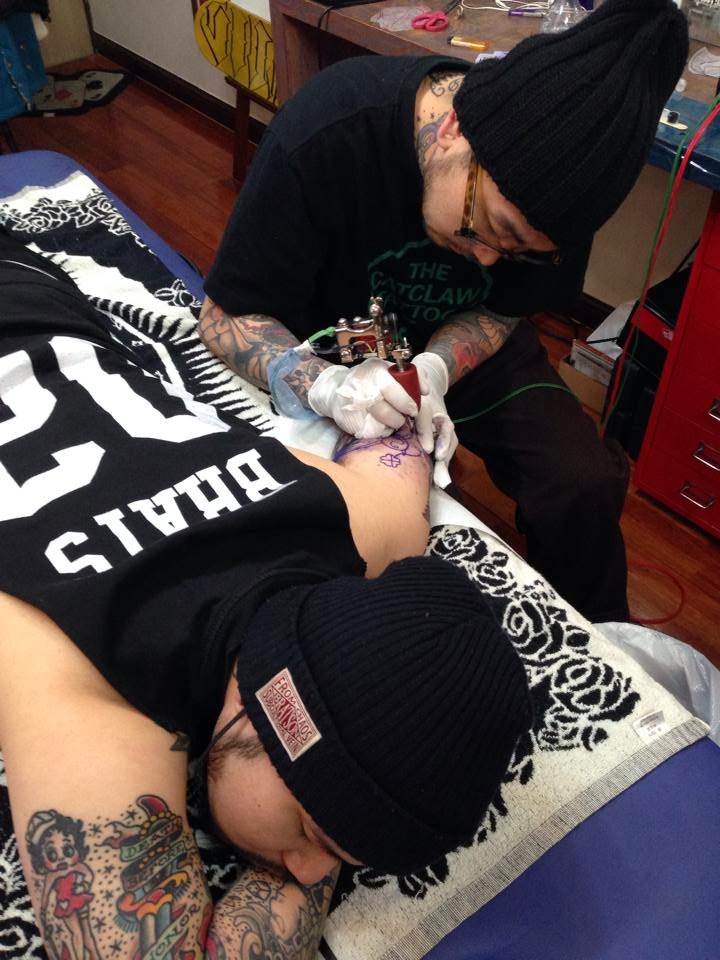 In these pictures we have the Boss man himself Tenam doing his last tattoo before heading out to Osaka Japan for the weekend for some business meetings. 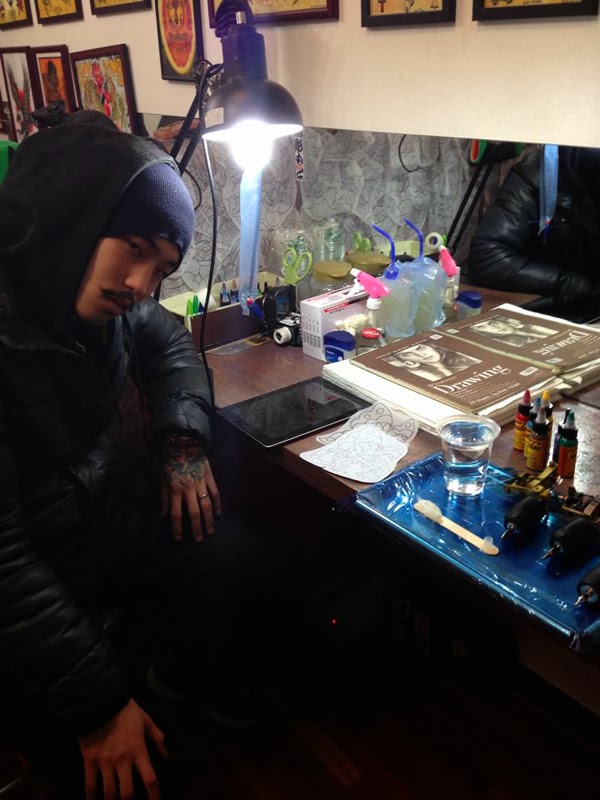 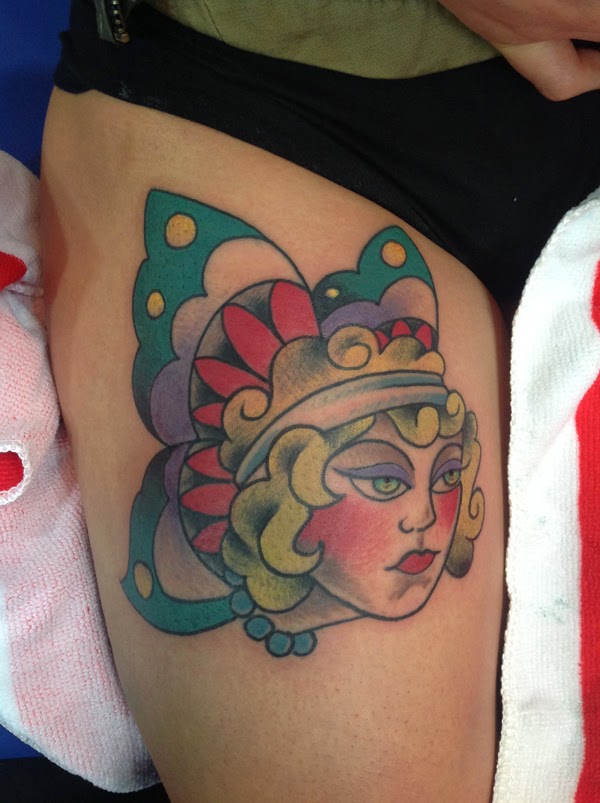 Here we have a traditional style tattoo Saem did for one of his awesome customers. 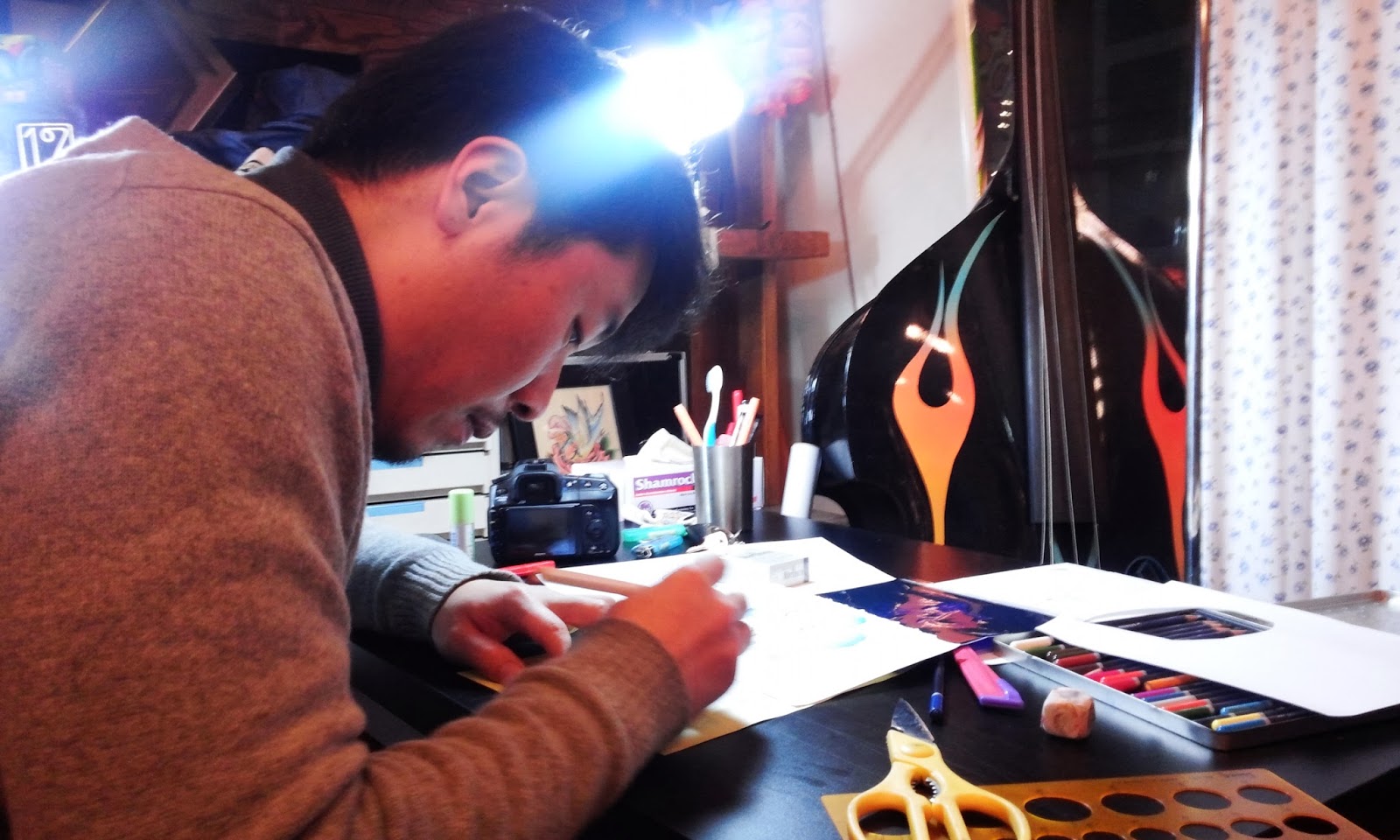 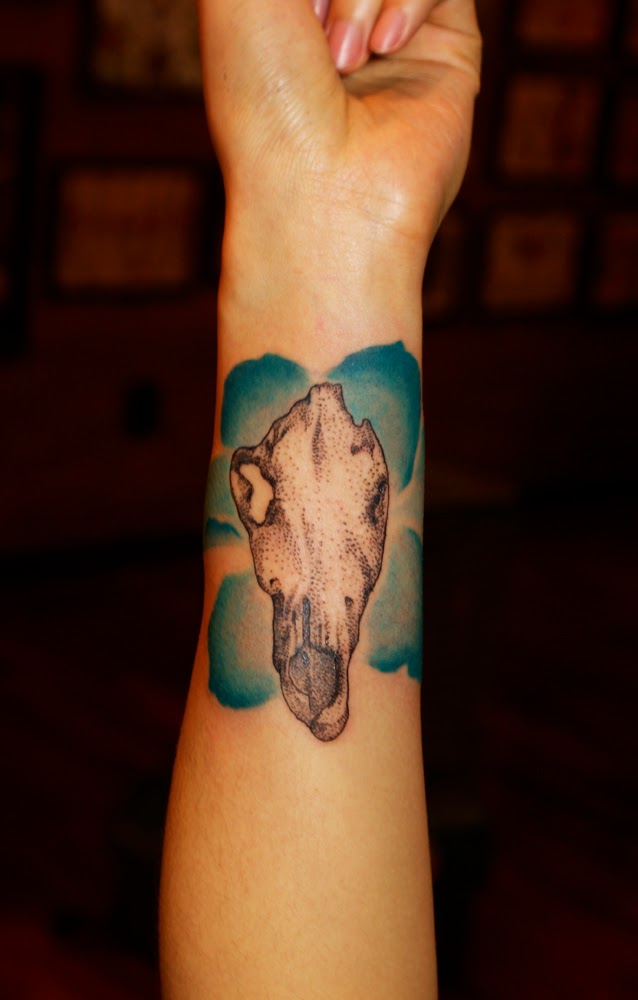 Last but not least, artist Jin is working away, drawing up cool designs and tattooing away on his crazy designs. Speak for all of the artists here at Sunrat when i say we love to do custom tattoos only, but will also do a design that you might have in mind. Come on in to the studio to start your next tattoo, or just come on by to hangout!

Differences between our Sunrat Artists styles


Here at Sunrat tattoo, we have four tattoo artists that are very talented in what they do. A lot of you may not be aware that their are millions of tattooists throughout the globe, but only few percentage of them are true to their craft. We have four tattoo artists that all have different styles that they prefer to do, but are willing to do others as well. This post is just a brief explanation as to what they love to do, and an example of one of their favorite artists work.

As you may have read in our other posts, Sabi is our traditional style tattooist and can make a clean tattoo every time. One of his all time favorite artists goes by the name of Shon Lindeur, also a traditional old school tattoo artist. As you can see in the image below, Shon's tattoo is very similar to Sabi's style because Shon is definitely one of Sabi's favorites, and is definitely one of the best in the Traditional style tattoos. 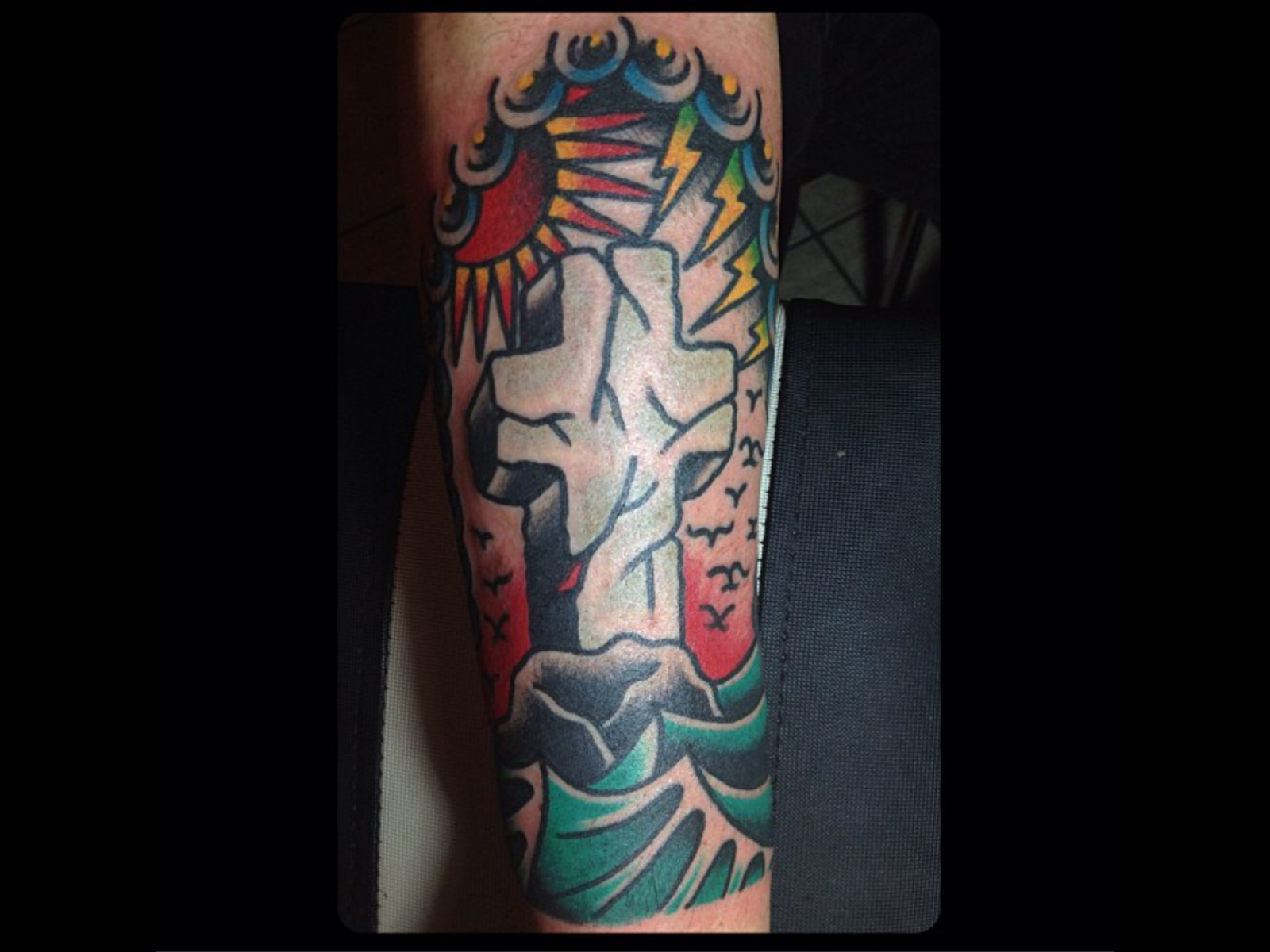 Next up is Saem. Saem is considered a New School tattoo artist and prefers to do as much work with color as possible with every tattoo. New school is more on the cartoony graffiti style tattoos you may have seen, lots of colors and different shades create the tattoo with just a few simple lines for border. New school is more on the 3D side as to traditional style being on the 2D side. Mat Lapping is a new school tattoo artist and is a very well known name in the new school department, and is one of Saems all time favorite. Here is one of Mat Lappings tattoos. 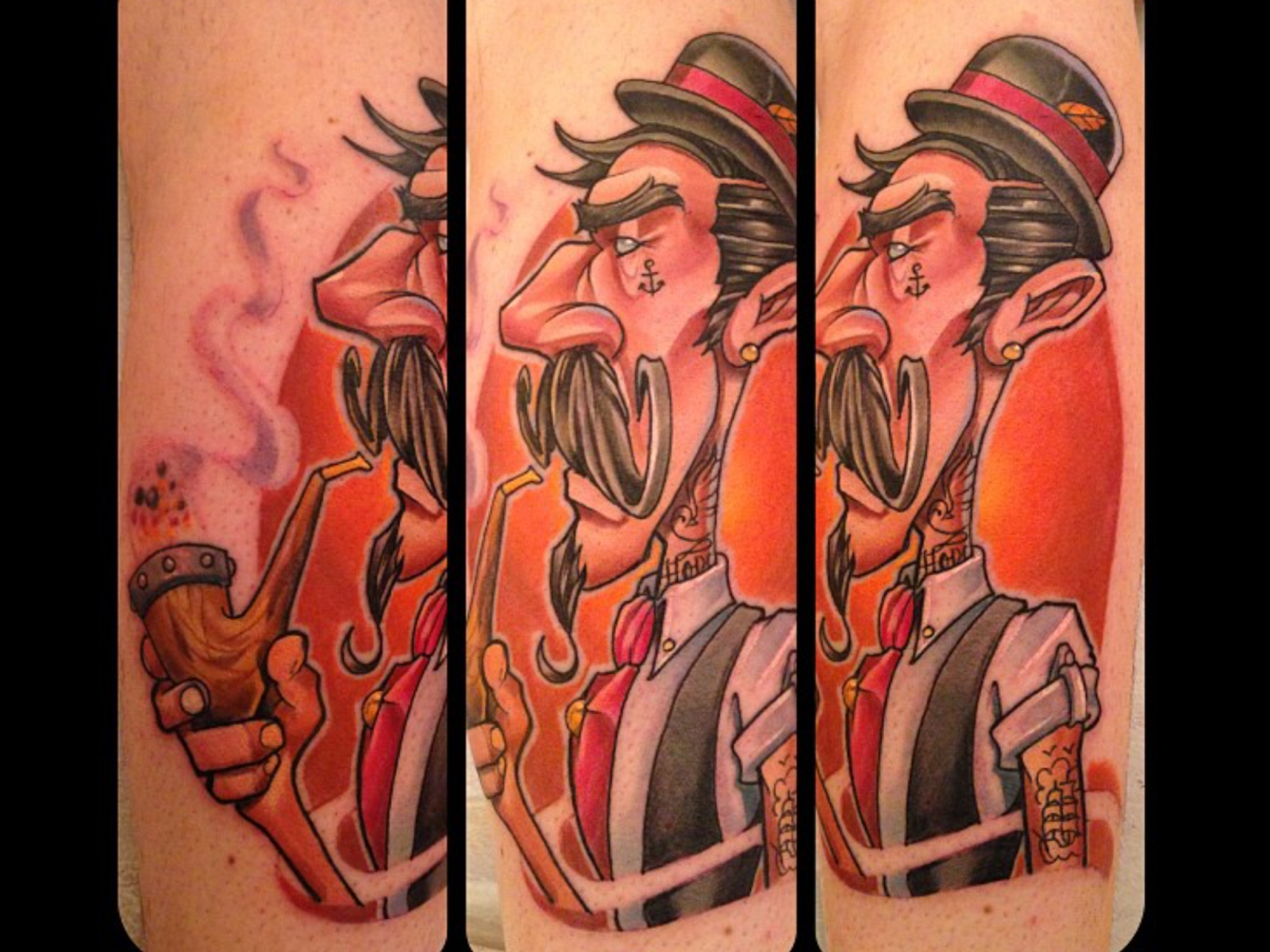 For this final image, we will be talking about Jin Seoks style. Jin Seok is a Neo Traditional style tattooist. This means that his tattoos are a mixture between Traditional style and Realistic style tattoos. Bold lines with realistic effects. In this image, we have a very well known name around the globe that goes by the name of Uncle Allen. He is very talented in this department and has been a big influence to Jin Seoks works. Here is an example of one of Uncle Allens tattoo work. Though our artists love to do what they specialize in, we are willing to do any tattoo that walks through our doors that we are capable of doing. This post was not to inform you that our artists only do these styles, but simply to let you guys know of the different styles our artists specialize in. So come on in to get some new tattoos!


Legendary lettering mystro Boogstar is coming to Sunrat tattoo in February. One of LA's finest Chicano style and really awesome West Coast style lettering is touring Asia once again, but this time is stopping by Sunrat tattoo to fill you skin with one of a kind tattoos. A lot of guest artists come to Sunrat tattoo, mostly old school style tattoo artists from around the globe, but this time we have a unique style coming to the shop and wouldn't want anyone that would want Chicano style done the right way to miss out! Boogstar will be here the beginning of February and is now taking appointments. Call the shop to set up an appointment! 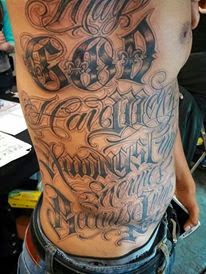 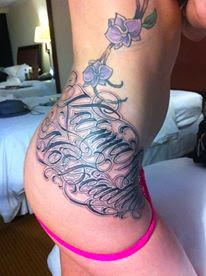 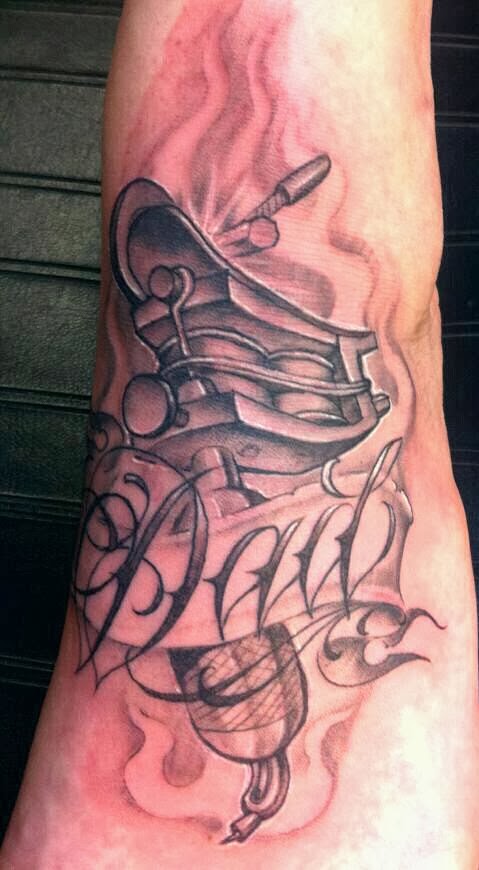 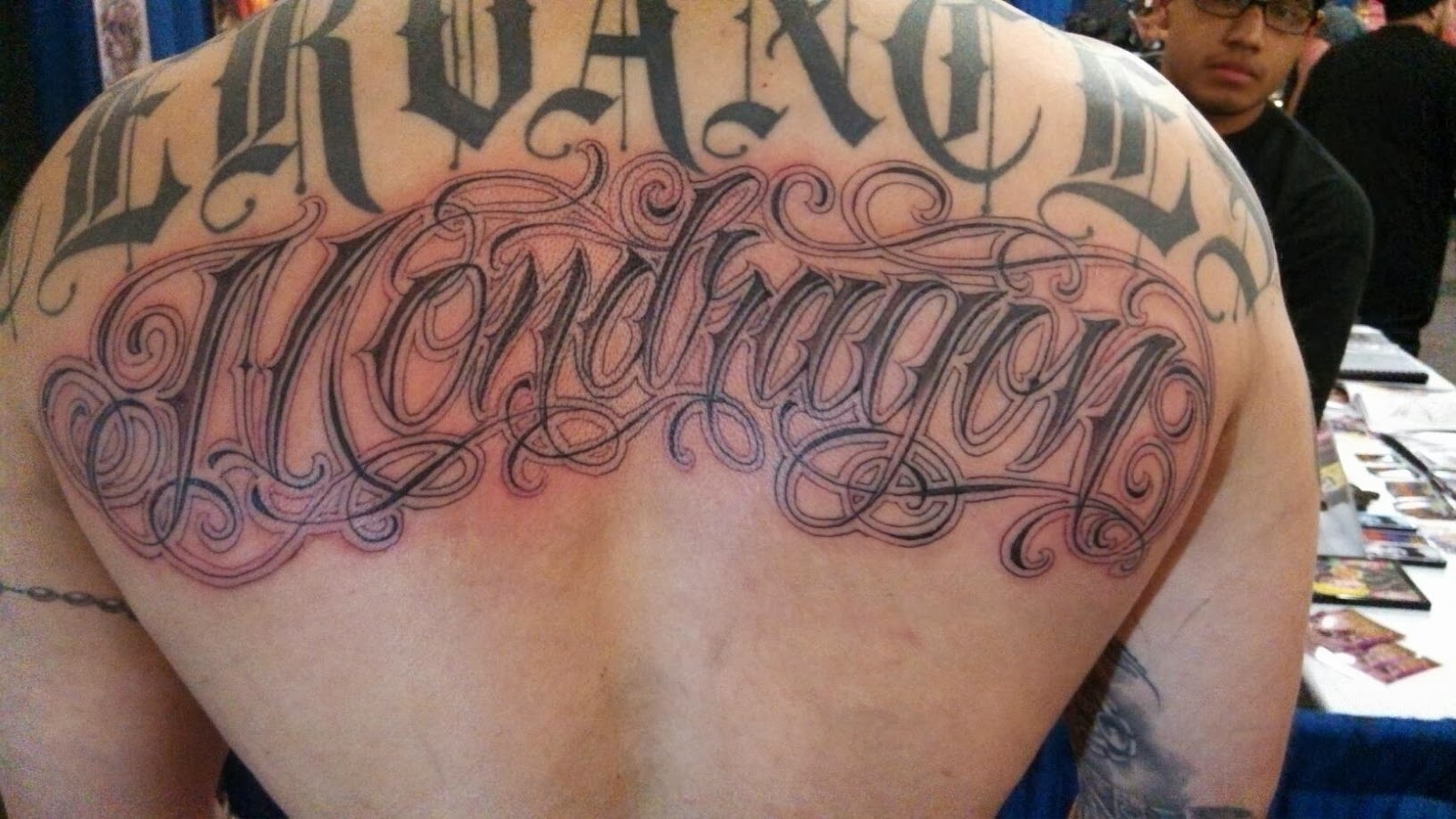 Posted by Unknown at 9:14 PM No comments:


When Sabi is not tattooing he is usually drawing flash. Sabi usually finishes a sheet of flash daily and is doing this for something big later in the year, so be tuned in for that. A lot of Sailor Jerry inspired art is being hand painted by Sabi on most of his flash, here are a few pictures to give you kind of process he goes through to finish a page. 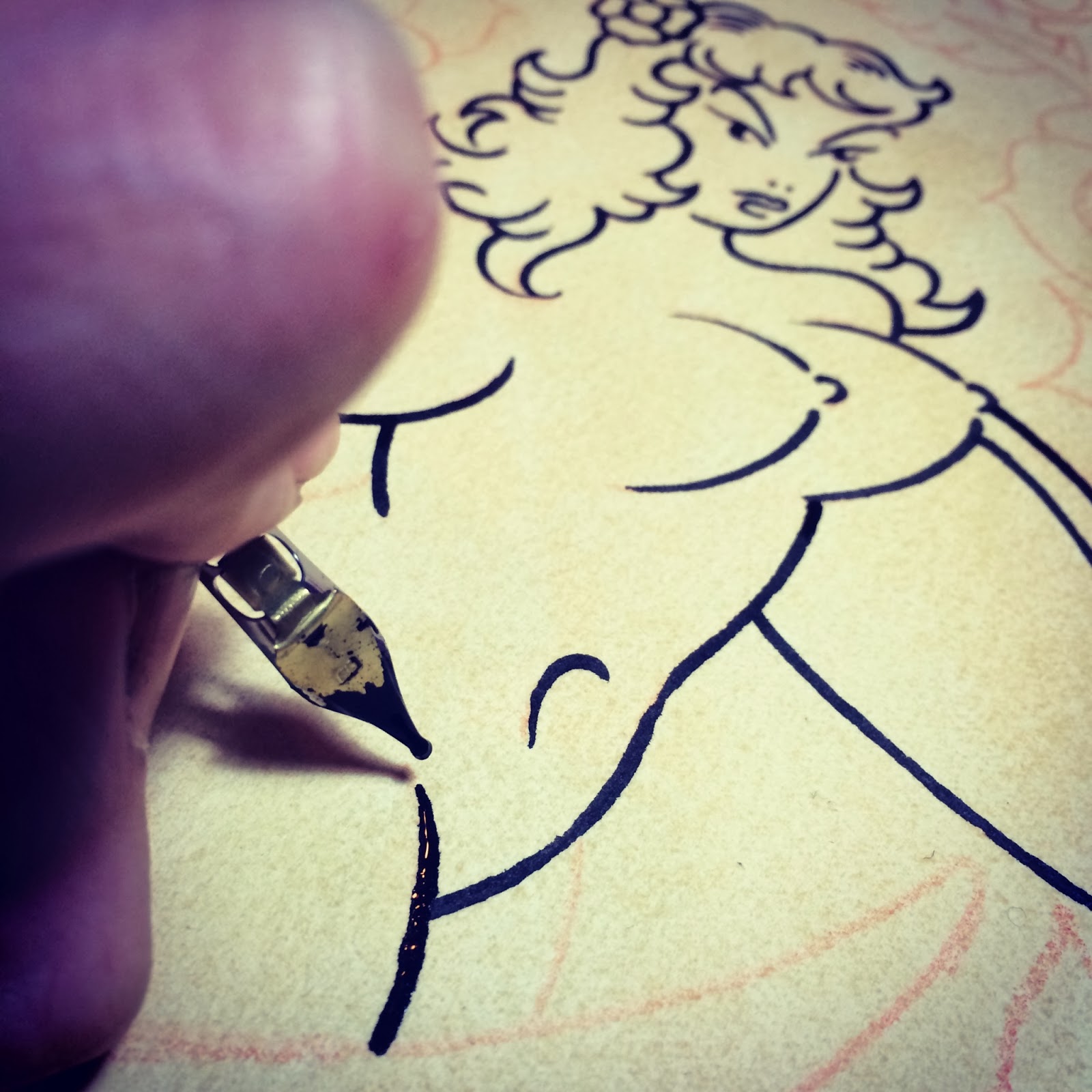 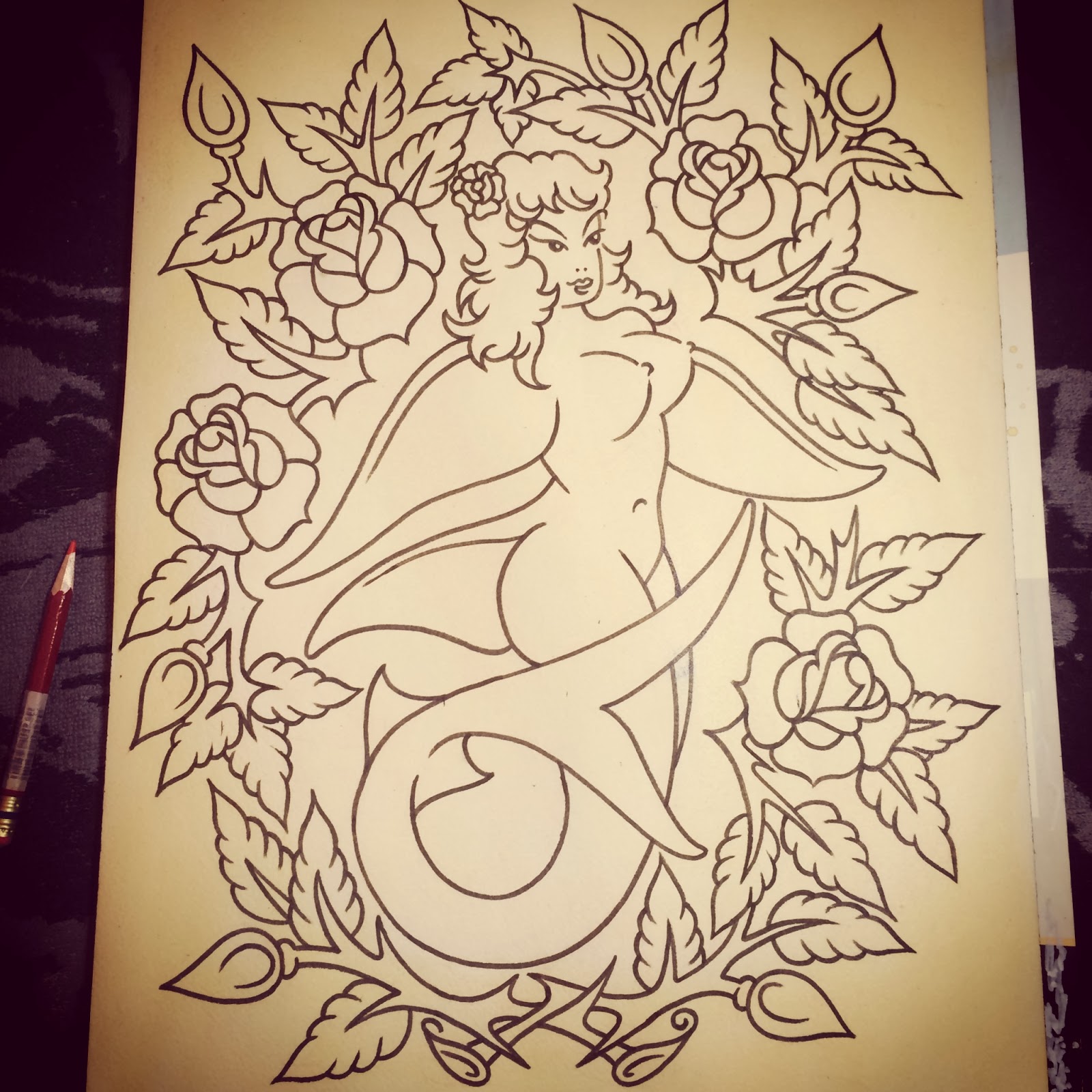 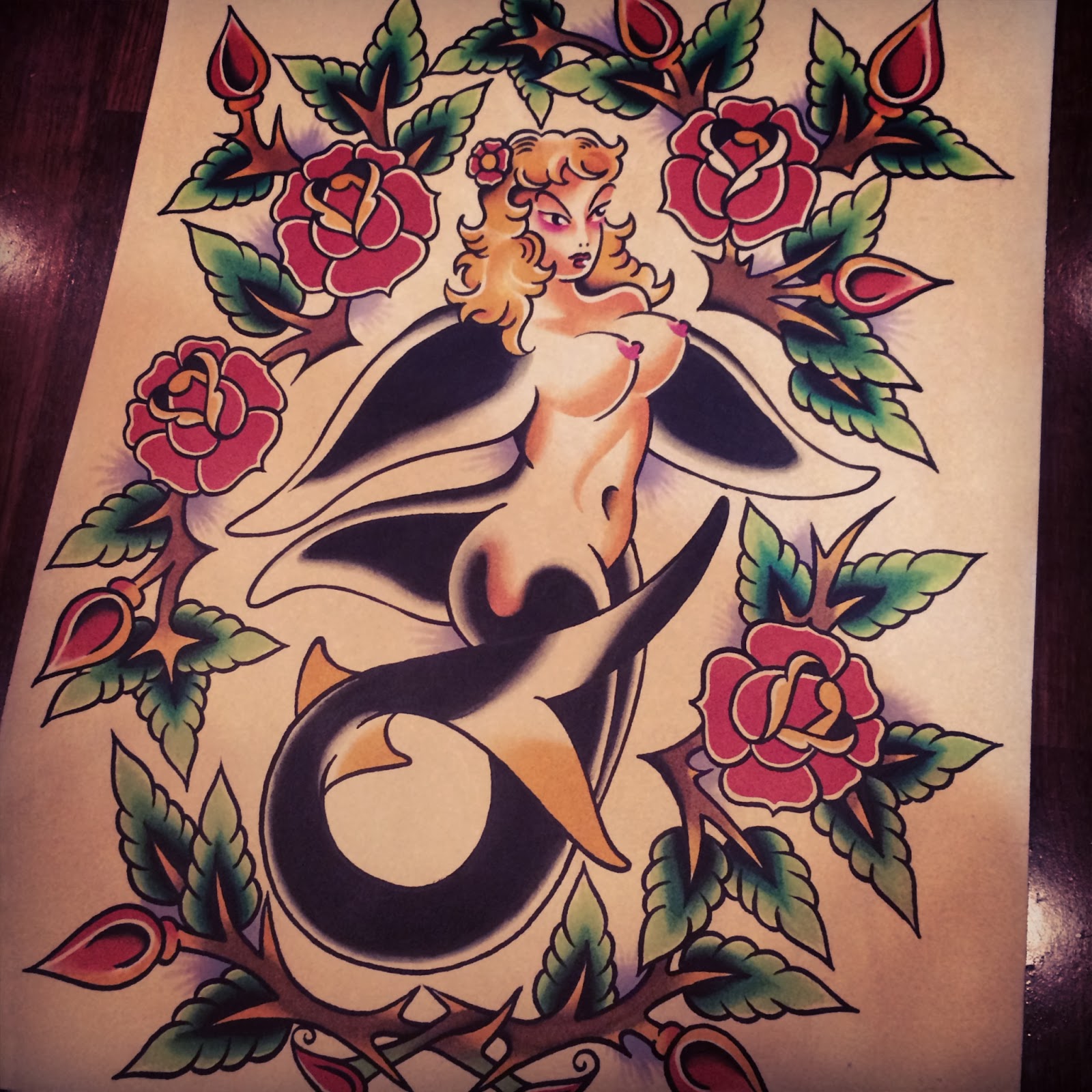 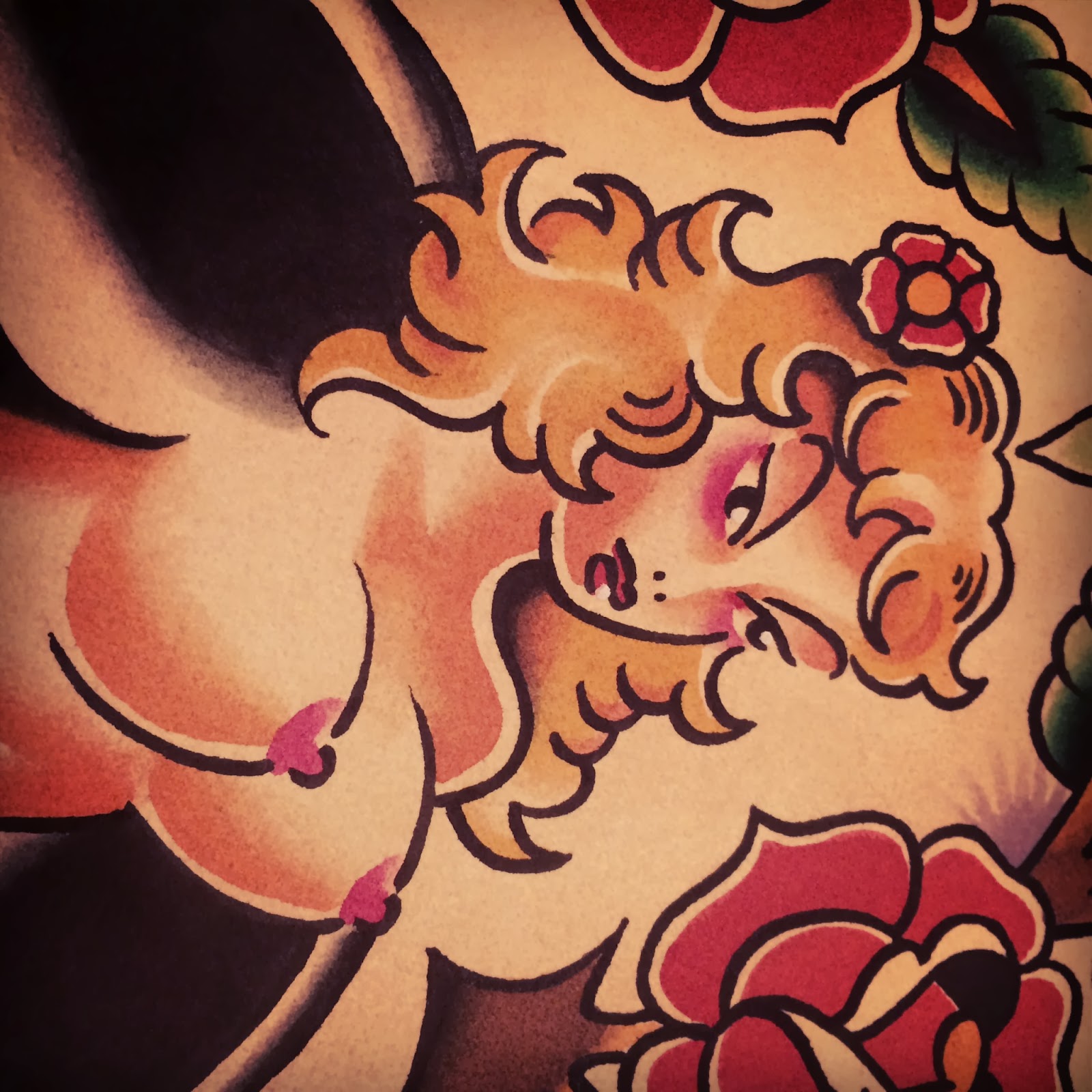